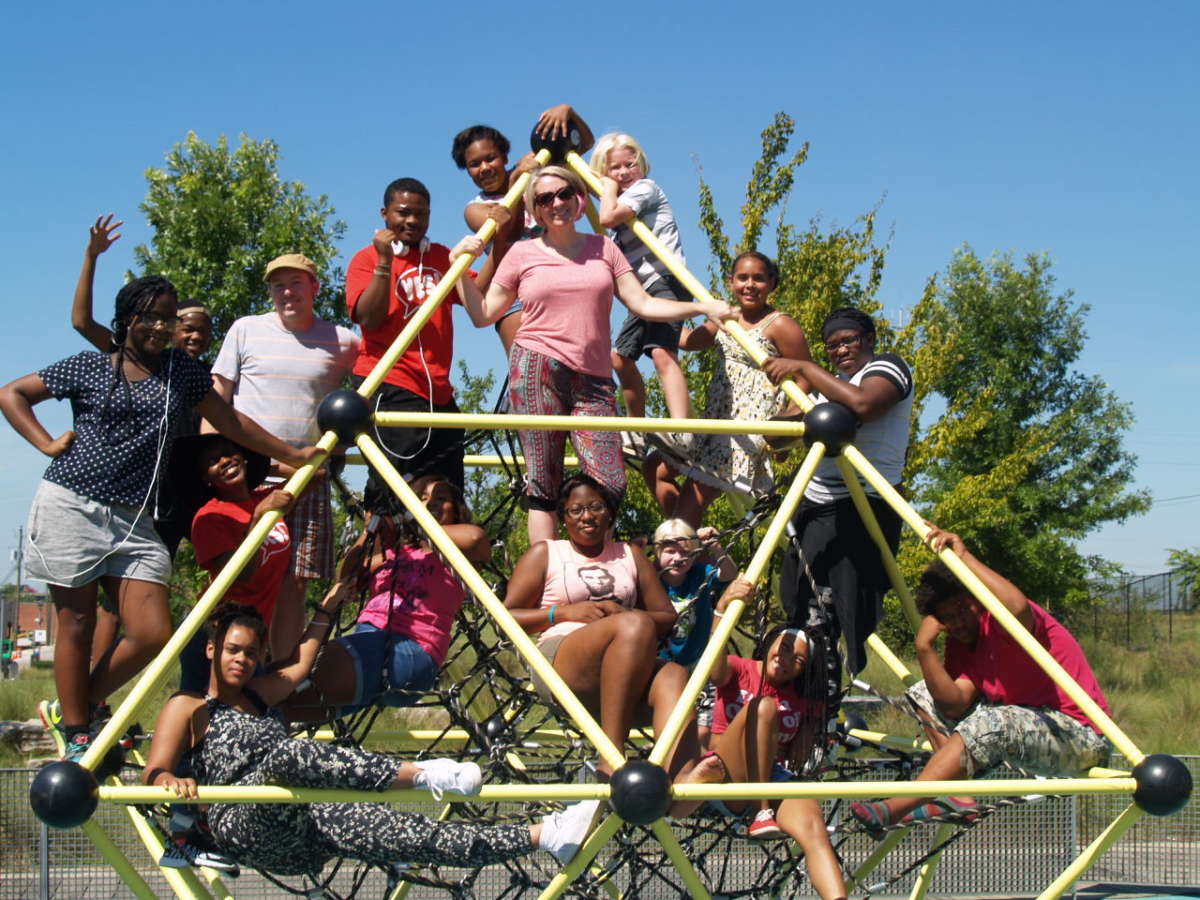 "Remembering that it happened once, We cannot turn away the thought, As we go out, cold, to our barns, Towards the long night’s end, that we ourselves are living in the world. It happened in when it first happened." ~ Wendell Berry, from A Timbered Choir

When the Freedom Riders left Atlanta in 1961, they ran into their first major trouble in Anniston, Alabama. The tires of the bus were slashed and they were chase out of town. When the bus could not go any further because of the flats, then it was set on fire by a mob, forcing the riders out into the crowd where several were beaten. We remembered this as we ate our lunch in a park in Anniston on our Freedom Ride. The signs of ongoing distress were evident around us: dozens of boarded up and burned-out buildings, a park in disrepair, garbage cans overflowing with trash. Disinvestment was everywhere, though there was one new building – a jail, euphemistically called a “justice center” – directly across from the park. The old Jim Crow is gone, but the new Jim Crow is alive and well.

In Birmingham, our first stop was Kelly Ingram Park and the Birmingham Civil Rights Institute (BCRI). Adjacent to these spots is 16th Street Baptist Church, site of the horrific bombing in September 1963 that killed four girls and wounded several dozen more. Kelly Ingram Park is sacred ground in the United States. It is here that the foot soldiers of the movement for freedom gathered to sing and organize and to begin and end the marches for freedom. The footage of Bull Connor turning dogs loose on young people gathered to march happened here. Their blood watered this sacred ground, now a lush park in a struggling part of the city. The water cannons that Birmingham police aimed at children, ripping the skin from their bodies, were trained on their victims in this space. It is here that the forces of death were stared down and resisted by children. In May 1963, thousands of them left school and gathered at Ingram Park. Eight hundred were carried to jail that day, filling up the Birmingham jail space. Undaunted, they showed up the next day. Another 600 were arrested for putting the whole system on trial in Kelly Ingram Park.

The BCRI is full of documentation of and artifacts from this struggle for freedom. A portion of the Greyhound blown up in Anniston is there. So is a pair of water fountains with “white” and “colored” signage above them. Pictures, videos, articles, and objects all remind visitors of how close that struggle remains. It is a powerful museum experience that puts visitors right there in the place that it happened in when it first happened. BCRI reminds visitors in visceral ways that we are still living that history. The Movement is not ancient history, but was within the lifetimes of many of us, and if not us then our parents and grandparents. Taking it all in affects the body – it is a series of punches to the gut. They are heightened by the realization that The Movement is being born again today. Around one corner is video of throngs gathering in the park with songs and chants and nothing to lose but their chains. Around the next is Bull Connor’s armored tank made to meet non-violence with brutality. Around the next corner of the conscious mind is the unavoidable fact that we are repeating this history in the streets of Ferguson and Baltimore and Cleveland. The Movement lives. So does the injustice that makes it necessary.

If you stand on the intersection of Sixth Avenue North and Sixteenth Street North, you can observe a part how we got to the rebirth of the movement. On three corners are BCRI, Ingram Park, and 16th St. Baptist. On the fourth is the shell of a one-story building, and behind it is block after block of razed and destroyed city. For several blocks north, and to the east and to the west, there is an urban prairie of weeds and parking lots. The interstate highway plows through around 20th Street, violently altering the landscape. “Urban Renewal” was the name of the program that built highways like this around the country. What Urban Renewal promised was rebirth for struggling areas of cities. What it actually accomplished was the opportunity to invest in segregated neighborhoods again. The interstate made it possible to flee the city efficiently and build the Dream in geographically isolated places, places with their own school systems and police and pools and parks and stores. The interstate left Kelly Ingram Park as sacred space while destroying the neighborhood around it, displacing the people who filled the park with life. This was public policy, done with public dollars and at the pleasure of those in power. Which is to say: we did this.

The message of Kelly Ingram Park is clear: “remembering that it happened once,/ we cannot turn away the thought/… that we/ ourselves are living in the world/ it happened in when it first happened.” There are new gathering spots created, like Canfield Drive in Ferguson. There are new Bull Connors and another generation of foot soldiers. We are still acting out this history. Faulkner is often quoted: “The past is not dead; hell, it’s not even past.”

The message of the interstate is clear also: you cannot make us remember that it happened once, and you cannot force us to integrate. We will find another way to destroy your houses and cities. We will take our money elsewhere, out of your reach and away from your children. And it will all be legal.

Addie Mae Collins. Carole Denise McNair. Carole Robertson. Cynthia Wesley. Those girls had names and parents and siblings and schools and teachers and dreams and houses. They lived in houses in Birmingham. Their lives could not be spared, nor could their neighborhood, in service of the Great Illusion that we are different from each other. In service of the Great Illusion that the powers and principalities won’t destroy any child or any neighborhood when it becomes expedient or profitable.