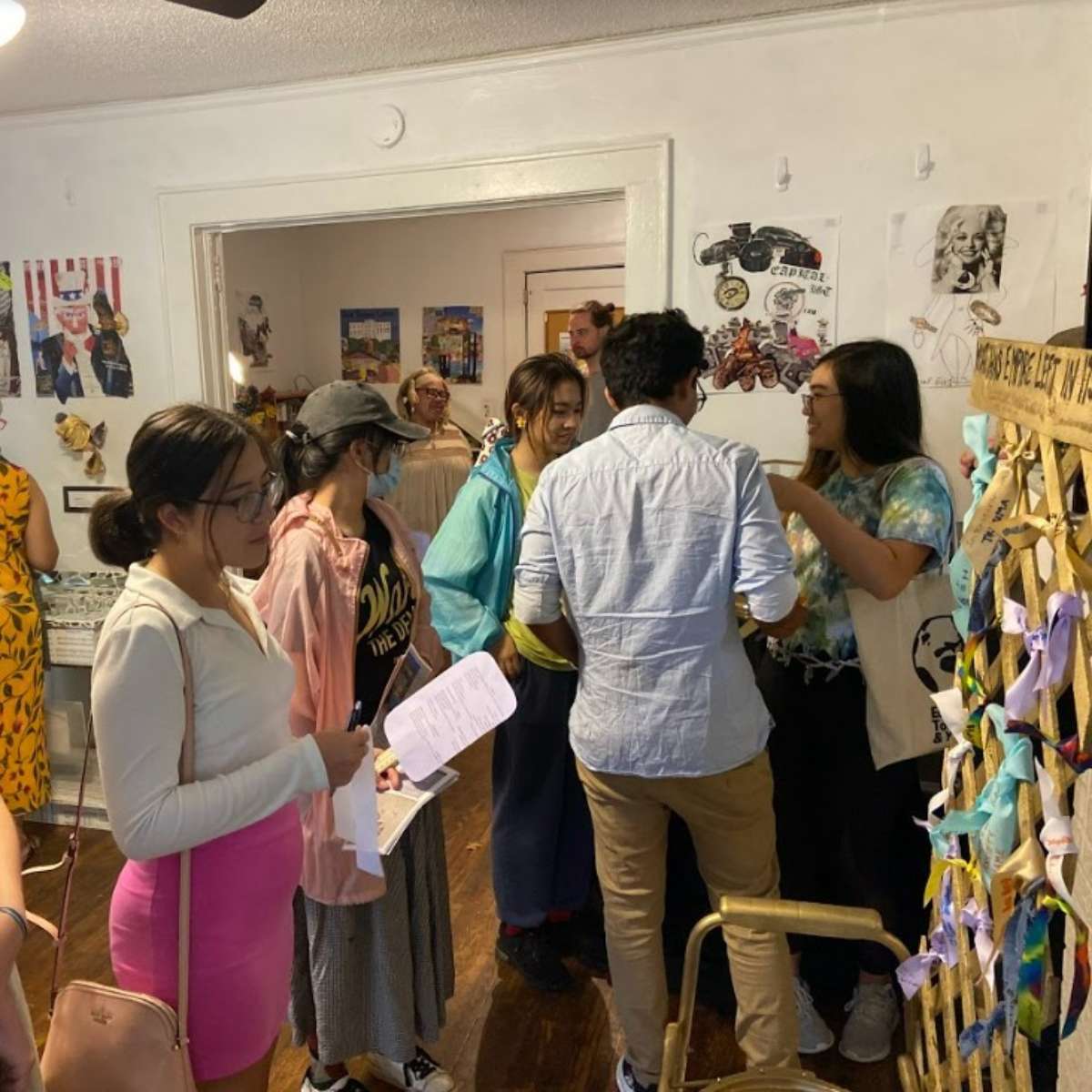 Eulogy for the Empire

Today, the funeral of the empire will come to pass. The funeral is a symbol of our Creator’s goodness. It is enacted with full intentionality. Children of the empire must not worry about what has died. We must bury the empire with great joy and the knowledge that the death of this thing had to pass in order that we return to all that is good and glorious.

We know the Empire as our tormentor, the doer of destruction, of devastation, of oppression. Its damage has been wrought from the Trail of Tears the Native people walked, to the human cargo bought here shackled, enslaved, and bound, to cultural genocide, to the pillage and plunder of faraway lands, and now in the cultivation of complex systems of inequity. When the empire was alive, we managed through great suffering. It caused us to be confused about how to live an abundant life, or how to sacrifice not for what is right but for what is righteous. Through our deep-rooted fears we turned on each other. We argued about who was going to make it to heaven and who was not. We did not take care of the least of these. We judged and sentenced people to let them rot in damnation and a life of judgement. The empire forced us to resist love and embrace domination and control of others and their minds and bodies.

Even with its empty promises and the hurt and pain, some of us aren’t comforted by the empire’s absence. We remain mesmerized by the power of the material goods the empire offered us. We’ve all felt the sting of violence, fear, anxiety, death, and destruction, and yet we are in mourning over the empire’s absence. You might be tempted to believe that the death of this empire is unfair. You might question and cry out to our creator: “Couldn’t we leave the good and take out the bad?”

No! It all had to go! The Most High had to move it away to make way for something else. Something better.

It had to die to be reborn again. Let us not look at this death from the weak-mindedness that the empire has etched in our spirit. The empire had amassed so much earthly power that we got tricked in to believing IT could decide our fate, our future, our destiny.

The death of the empire is the universe’s way of confirming for us that the empire’s power was finite all along. It is confirmation that we’ve been in hell all along. Hell brings limit to goodness, fairness, love, and peace. Have you ever looked around to notice how in order to do good for others there is sacrifice? Have you ever noticed how difficult it is to just be you? To live and let live? How we exhaust ourselves with things that can’t add value to our lives? How we love what cannot love us back? How we sacrifice so much just to live a life of misery? How we are so tired from trying to maintain our worldly possessions that we don’t even have the energy to examine what heaven could be? These things are hard because Hell – the empire – caused them to be hard.

Death of the empire brings us to a new day! A new beginning! A new place of spiritual awakening. It is a place of freedom, liberation, wisdom, love, goodness, infinite life: all things that are intrinsic to are rightful place in paradise.

Brothers and sisters, I declare that we MUST rejoice! Lean in to a new day of understanding. A day that is the end to long suffering. HALLELUJAH! Our day of salvation has arrived. This is the day that every human being is properly seated at the throne. A manifestation of uniting our minds, bodies, and souls to deliver back to complete wholeness and goodness is in full effect. Let today be the day of extreme joy that our world is transformed to one of eternal life, the lifting of truth. The day where reconciliation is no longer necessary, denouncing evil is no longer our worry, our sin is no longer relevant. The conditions that caused strife are gone!

We are closing the casket on the empire. We are putting it in its tomb never to be opened again. We won! Victory is ours! We don’t have to march to heaven because it’s here on earth.